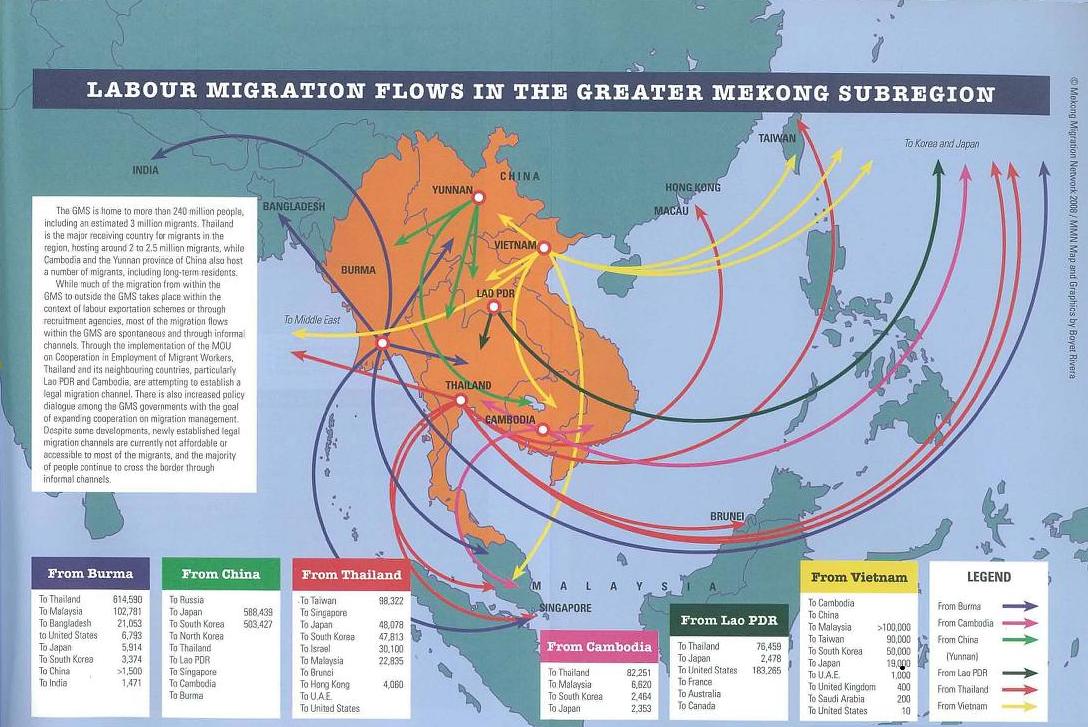 A report indicates that Thailand and other ASEAN countries are likely to see greater migration when the ASEAN Economic Community (AEC) is in place in late 2015.

The report on the "Roles and Importance of International Migration to Economies and Societies in the ASEAN Region” was issued by the Institute for Population and Social Research, Mahidol University.

According to the report, migration within the ASEAN region is growing, and the implementation of AEC suggests that international migration will become more important to economic development. Temporary labor migration is the most important form of migration in Southeast Asia.

In smaller countries, such as Brunei Darussalam and Singapore, the number of migrants represents roughly one-third of the local population. Between 2005 and 2010, about 100,000 people on average migrated to Singapore each year. During the same period, 60,000 migrants entered Thailand and 26,000 entered Malaysia annually.

In the countries where labor exports receive support, they will see more emigrants than immigrants. For instance, the number of emigrants from the Philippines is about 180,000 a year, Indonesia 146,000, Myanmar 900,000, and Vietnam 400,000.

International migration in ASEAN is divided into five major groups – highly-skilled workers, foreign students, persons who migrate for marriage, retirees, and those who migrate because of government policy.

Statistics compiled by the Office of Foreign Workers Administration, under the Department of Employment, show that 1,474,000 foreign workers were registered in Thailand as of 31 October 2014. Out of this number, 671,653 were from Cambodia, 593,007 from Myanmar, and 209,340 from Laos. These workers have altogether 90,015 accompanying persons.

The report states that, based on the migrant flow in the past, international migration in the ASEAN region is unlikely to feel a great impact from AEC. The reason is that AEC focuses on the free flow of skilled labor. ASEAN members have agreed on the free flow of professional-level labor in seven fields, namely engineering, architectural, surveying, nursing, medical, dental, and accounting services. Later, the hotel and tourism industry became another field allowing a free flow of skilled labor within this region.